The region of South Sudan has been at war at various points since 1955 with the first war between the north and south from 1955 to 1972 and the second war from 1983 to 2005 when a Comprehensive Peace Agreement was signed. On 9th July 2011, South Sudan gained independence. On December 15th, 2013, South Sudan descended into civil war that is still on going. Decades of war have wreaked havoc among the civilian population with mass displacement, slavery, mass killings, rape, torture and loss of property. Very few countries have experienced the trauma of war that South Sudan has witnessed and endured. Women and girls are said to have particularly experienced heart drenching rape and gang rape during these periods of war. They continue to carry the burden of taking care of entire families, since their husbands are in most cases forced recruits of the army, killed in the war or simply missing.

Development, Community and other Grassroot Organizations are at the heart of providing trauma support, striving on even in the face of violence to comprehend and establish solutions to the effects of this trauma on communities.  Eve Organization is one of the organizations at the forefront of such initiatives, striving to create sustainable solutions to these effects through development programs for women.

In May 2017 Eve Organization brought together representatives from Government, leaders of Community Based Organizations (CBOs), Universities and elders from some communities, to build awareness and capacity around issues of trauma, Sexual and Gender Based Violence and the importance of psychosocial responses. The participants were able to discuss cases from the community, identify survivor risk and protective factors, and learned to develop psychosocial needs and subsequent interventions. They are now able to follow a client centered approach to intervention and can now follow the guidelines of the Inter Agency Standing Committee (IASC)for program implementation.

During the training organized by Eve Organization, two stories caught my attention. These stories, in my opinion, explain the need for robust Psychosocial response in South Sudan, as the corner stone for future societal rehabilitation and community development.

The first one is of Rebecca Pita (36) (not real name). One Friday at around four o’clock in the morning five men, wearing army-like garments, broke into Rebecca’s house. The men stormed into her room, tied her up, and started throwing things all over the place, as if looking for something. They continued to the next room where Rebecca’s teenage daughter (15) and young son (9) had been woken up by the loud sounds of the men bashing things and the screams of their mum begging that they take whatever they needed in exchange for life. In the next room, the men gang raped Rebecca’s daughter, in the presence of her son who was blind folded and squeezed face down between beds. Community volunteers reached out to her after the incident but Rebecca was not willing to speak, see or be seen by any one. For several days, she just shut the door and windows of her house and cried all day with her children. She never let anyone in at all, until eventually one volunteer who had been going to the house every day for a week, to speak to Rebecca from a window, gained her trust and was let in. Rebecca said she was so afraid, of what people would say about her family, of reporting the case because the men might return to retaliate, of the segregation her daughter would experience in school, and that the community would never accept her again. She said that had sneaked out on one occasion to get her daughter some medication. She confessed to feeling very hyper vigilant and confessed never to trust anyone. The major problem was that she had nowhere else to go as she had been displaced from her original home where her husband was beaten and killed.

The second story told was of an organization that provides support for HIV/AIDS. This organization works to build awareness around issues of HIV AIDS including getting tested, understanding drug regimens and living positively in general. The CBO leader narrated how appalled she and her staff were when their records showed that more than 120 young girls who had been raped and gang raped had contracted HIV. Almost all these girls had conceived from the rapes, and it was possible that their children were born with HIV. While the others married primarily for safety before they knew what their HIV/AIDS status was.

The two stories above describe how traumatic instances can stifle the lives of individuals and prevent communities from advancing and developing. Rebecca for instance, was unable to work or take her children to school due to fear. She also didn’t believe that anyone was interested in her well-being. Whereas the second story portrays how the lack of sensitization around the effects of sexual violence and their effects on entire communities is a threat to nationwide progress. These stories are not unique in South Sudan but rather, unfortunately, the norm for many communities. Without a robust and systematic psychosocial response, communities will be left behind and a large percentage of a generation haunted and held back by the trauma of war. The discussions in the workshop were appreciated. Change was observed from hearing the feedback of the participants. One leader of a Community Based Organization said:

“I can now start my journey of healing. And tell others that there is hope.  We are going to organize our programs differently, in respect, with care and without discrimination.”

Eve Organization is performing a critical role in rebuilding communities through focused awareness programs. The programs will support stake holders and government leaders, to understand their role, in view of the psychosocial needs of the people. The goal is to empower communities in South Sudan, especially those who are most vulnerable, to regain hope, dignity as well as to promote equity and improve lives. 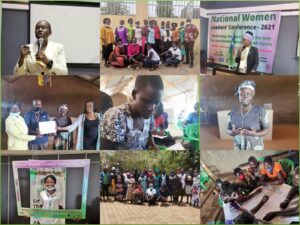 The South Sudan We Want 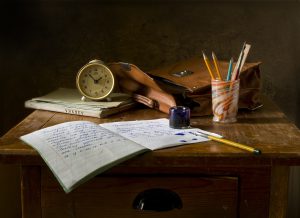